Artificial Intelligence - Just how can we resist it? 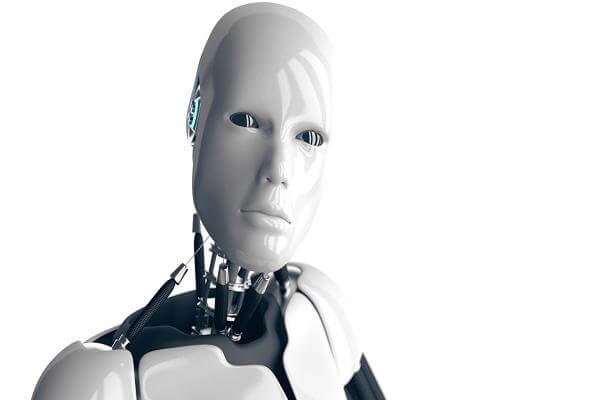 According to Elon Musk, robots will be able to do your job better than you, jobs will be lost and he is not sure what to do about that, mentioning this as being a scary problem to him.

But Musk goes much further than this and believes that the most worrying part of AI is not job loss. He believes that people are not as afraid of the potential of artificial intelligence and the ensuing dominance of robots as they should be, because they don't fully understand the huge impact of all this.

"I have exposure to the most cutting edge AI, and I think people should be really concerned by it," he says. He goes on to ask, just what deep intelligence in the network can do? "Well, it can start a war by doing fake news, spoofing email accounts, doing fake press releases and manipulating information...

Not that I could ever compare myself to Elon Musk, but I am also somewhat concerned. This is despite my being heavily involved in an online presence, that is entirely focused on Self Driving vehicles, related technologies and of course the behemoth, AI.

Far from being totally convinced however, having listened to and read various articles on the subject, including those of Professor Stephen Hawking, I actually feel that I strongly want to oppose AI. At the same time conversely, I know that Artificial Intelligence is surely an essential requirement for truly safe autonomous vehicle implementation. You could even say that our work with and the shaping of AI, is just the natural culmination of our accumulation of knowledge to date, ie. since the human race began.

But I see my opposition to AI as an essential function, certainly it is to me at least. I need to challenge big issues by default, however good and tempting they may sound and I certainly think that we all need to challenge something as powerful as this. We need to ensure that any implementation, which may be inevitable, is one that we are in control of, if control is what we feel is the right thing.

To quote Elon Musk once more, "the solution is to increase regulatory oversight of the development and implementation of artificial intelligence as soon as possible - AI is a rare case where I think we need to be proactive in regulation, rather than be reactive,"

Maybe I am sounding like a Muskite, but I totally agree with that last statement. But the problem I see with our handling of Artificial Intelligence, or for those who choose to reject it, is that it will make itself indispensable, by definition. Surely though, that’s what it will be there for, to "serve" us and be dependable, so why reject it? Some of us that may say, “I will have nothing to do with it”, may eventually find that they just can’t say no to some of its tempting offers.

These being? Well, I have just seen another post from Mr Musk. He was saying that his self-driving cars won't have to be told where they should drive to, as they will already know, or at least be able to predict your destination, with uncanny accuracy by all accounts. That is to most people a very clever thing and one that they may be more happy to live with, than without. (A bit like predictive texting). That however, may not be too impressive for many people.

But everyone has their price for being impressed and Artificial Intelligence can do some amazing stuff, In fact it can do or will be able to do - everything. Eminent people and studies predict that by 2050, Artificial Intelligence will be able to do everything that is known to have ever been done by humans in the history of mankind. How do we follow that?

Yes, AI will surely help us out with fairly trivial things like, navigating a map of your subway or underground, or maybe by being your personal trainer. Then, there is much more important stuff, like being able to translate between languages with greater speed and accuracy than any human, or detect malware and viruses in your computing devices.

But, on the really serious matters, AI can discover new uses for existing drugs, spot cancer in tissue samples with great accuracy, predict hypoglycemic attacks for diabetics hours before they occur and even identify major causes of blindness from complicated retinal photos. It can also be used to spot burglars in your home, verify identity and reduce terrorist threats. Then there is the huge ability to protect critical food sources by detecting crop and other plant diseases.

Oh yes and of course, let's not forget, it will also drive the car for you.

So, how can we resist Artificial Intelligence? Theres something for everyone.

One final thought, to further delight some and further worry others.

Artificial Intelligence can write its own machine learning software - therefore it gets even better at being intelligent...


<<< Back to the Driverless Blog