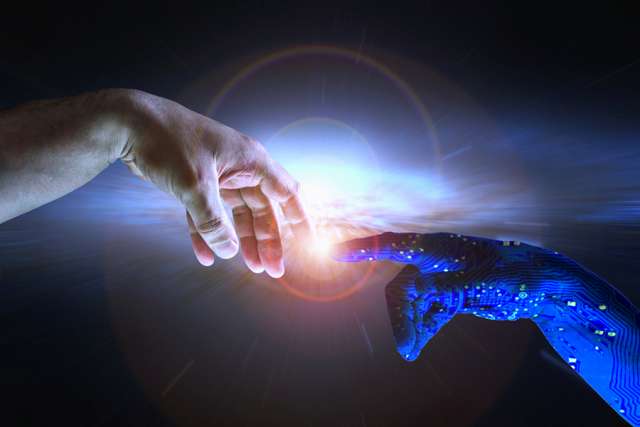 A new conference at the Vatican drew experts in various fields of science and technology for a two-day dialogue on the “Power and Limits of Artificial Intelligence,” hosted by the Pontifical Academy for Sciences.This week the Vatican hosted a high-level discussion in the world of science, gathering experts to discuss the progress, benefits and limits of advances in artificial intelligence.

Among the scheduled speakers were several prestigious scientists, including Stephen Hawkins, a prominent British professor at the University of Cambridge and a self-proclaimed atheist, as well as a number of major tech heads.

The event, which ran from Nov. 30-Dec. 1, was hosted at the Vatican's Casina Pio IV, the headquarters of the Pontifical Academy for Sciences.

A spokesman for the academy who works in the field of evolutionary biology, said that while artificial intelligence isn't his specific area, it's important for the Vatican entity to have a voice in the discussion, since their task is “to follow all actual developments in the field of natural sciences” in order to stimulate further research.

As far as the discussion on artificial intelligence is concerned, Arber said it's important to understand current developments, which include increasing dialogue as to whether research done on natural sciences can then be applied to the field of machinery and robotics.

Part of the debate, he said, has been whether or not machines could eventually take on some of the work human beings have traditionally done. However, he cautioned that there would be some “social-scientific implications,” since this could eventually lead to less work for people.

This is “an ethical aspect, do we want that or not?” he said, noting that human beings have a unique thinking and problem-solving capacity, and “it’s not good” if this gets pushed too far to the side.

It's a “very important task of our human life...so we have to be careful to preserve our duties,”.

Also present at the meeting was a spokesman for British artificial intelligence company DeepMind, founded in 2010 and acquired by Google in 2014. He spoke on the first day of the conference about the possibility of moving forward “Towards Artificial General Intelligence.”

Part of the work involves the science of “making machines smarter,” and trying to build learning systems that allow computer systems to learn directly from data and experience in order to eventually figure out tasks on their own.

In comments to CNA, he noted how he has established an ethics board at the company to ensure that things don’t get out of hand while research is moving forward.

Artificial intelligence “is a very powerful technology,” he said, explaining that while he believes technologies in and of themselves are neutral, “it depends on what you end up using that technology for.”

“So I think as a society we need to think very carefully about the ethical use of technologies, and as one of the developers of this kind of artificial intelligence technology we want to be at the forefront of thinking how to use it responsibly for the good of everyone in the world,” he said.