Warning: "continue" targeting switch is equivalent to "break". Did you mean to use "continue 2"? in /homepages/37/d31344055/htdocs/clickandbuilds/DRIVERLESS/plugins/system/t3/includes/menu/megamenu.php on line 137
 Tesla begins its new Autopilot roll out at end of 2016 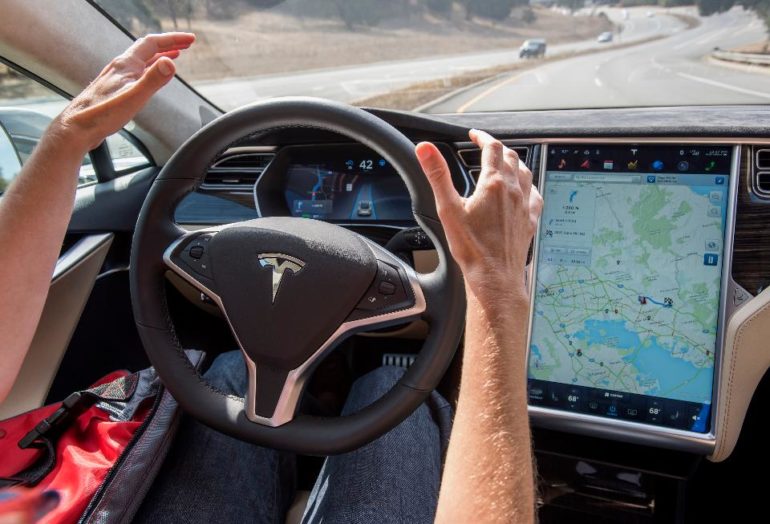 Following a previous announcement that its autonomous Autopilot vehicles would be available by the end of 2017, Tesla’s let the cat out of the bag in a Tweet that mentioned an earlier date.

They appeared to have responded to a Twitter question regarding the Autopilot rollout, confirming the release will begin in “about three weeks.”

The cars were later stripped of many first-generation Autopilot features following issues.

Tesla said that radar will now be used as a primary control sensor without requiring confirmation from the camera. This will involve fleet learning, which will monitor the actions of other vehicles in response to a hazard and use this information to determine what the Tesla should do.

This follows with the recent tweet, which confirmed that the navigated Autopilot features would be added back in mid-December. It was also added that the Autopilot 8.1 features will be rolled out consistently on a monthly basis.

These features may be such as, adaptive cruise control and autonomous emergency braking, those of which were initially disabled.

According to CNET, it is likely that the first stage of this rollout deliver Tesla’s new Model X and Model S vehicles in comparison with its older vehicles currently on road.

The new models, using cameras and radar, will enable them to match the speed of the cars in front, stay in lane, switch lanes and also perform basic self-parking.

It is not expected that all of the new ‘Enhanced Autopilot’ will be made available next month, but with the announcement of monthly rollouts, it is expected that majority will be ready and in full speed earlier than initially announced.