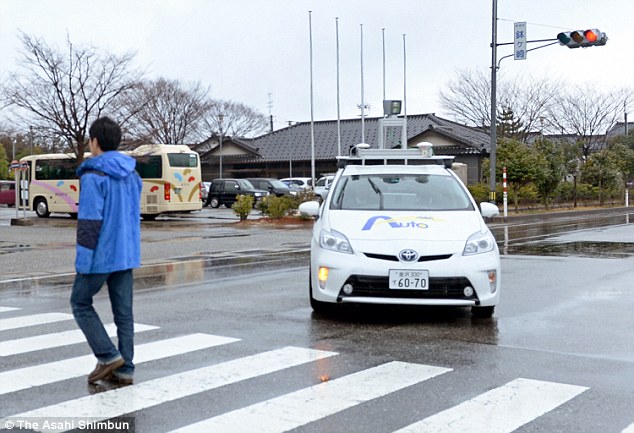 The first self-driving cars to come to Britain will be unmarked to prevent other drivers slamming their brakes or driving erratically to see how they react.

Volvo, have said the cars will be unmarked 'to be on the safe side'.

From the outside you won’t see that it’s a self-driving car. From a purely scientific perspective it would be interesting to have some cars that are marked as self-driving cars and some that are not and see whether other road users react in a different way.

Volvo self-driving cars will be unmarked to make sure they aren't bullied by other road users. They are fairly sure that people will challenge them if they are marked by doing really harsh braking in front of a self-driving car or putting themselves in the way.

A recent study by the London School of Economics found that aggressive drivers will try to 'bully' the occupants of self-driving cars as they will be seen as 'easy prey', because they will follow the Highway Code.

Drivers interviewed for the study confessed they would 'nip round' the vehicles when they were stopped and they would be able to 'mug them off'.

One UK participant wrote: 'We'll be overwhelmed by niceness. They're never going to do anything horrible to us.

'They're nice cars. They're not going to cut us up or get up our backsides and all the other things.'

A self-driving car stops in front of a pedestrian during a trial in Suzu, Japan in March 2015. The M4 west of London has been suggested as the first trial location for the UK tests

The study found that those drivers who were more open to the idea of self-driving cars on the road were those who were more 'combative' in their driving style.

The House of Lords Science and Technology committee will hear evidence this week and next on driverless cars, from representatives from the Department for Transport as well as a number of university professors.

Driverless car trials have been taking place in Japan and are set to begin in Sweden next year. When the trials come to Britain, parts of the M4 will be used by drivers who can switch to self-driving mode.