Could Quanergys new $250 Solid State Lidar bring Self Driving to the Masses? 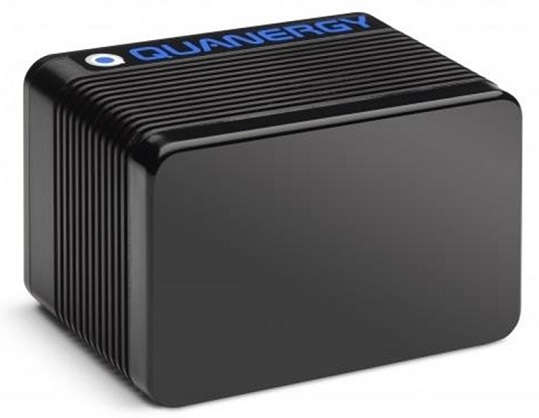 One of the big hurdles when equipping vehicles with sensors for autonomous driving is the cost. For example, the Light Detection and Ranging (LiDAR) sensors that power many versions of self-driving car technology are pricey, currently ranging from around several thousand dollars up to $85,000 per sensor—and vehicles often need multiple sensors to see enough of what is going on around them to drive safely.

But the latest entry into the LiDAR market could change all that.  Quanergy introduce the world's first affordable solid-state LiDAR, coming in at about $250.

Quanergy builds LiDAR systems, a remote sensing method that uses light in the form of a pulsed laser to measure ranges (variable distances) from the car to everything around it, enabling the car to track its environment better than other types of sensor.

Radar-based systems are really good at operating in all weather, as they see through anything obscuring vision. However, they lack resolution, and while they can tell you that something is there, they can't tell if that something is a car, a barrier, or even a wall.

Vision-based systems are great at determining shapes and colors, are essential for reading traffic signals, and allow rapid categorization of objects in the the field of view such as pedestrians and cyclists. But vision systems don't work so well at night in the dark, and they are not good at precisely tracking distances and velocities of moving objects.

This is the strength of the new higher resolution LiDAR, as they can literally provide a 3D view of the world as the infrared pulses bounce off of surrounding objects and return to the sensor with precise distance information. Because the pulses are so close, the speed at which objects are moving relative to the vehicle is easily calculated.

The $250 price point is a really big deal for the automated vehicle ecosystem, as the cost of the LiDAR technology specifically has been a major stumbling block to the deployment of driverless cars.

For comparison, the  that has been used by Google, Uber, Toyota, Bosch, etc. was often quoted at costing between $75,000-$85,000 only 6 years ago. More recently, LiDAR costs have tumbled to around $8,000 with the less capable model, of which is on their initial prototype vehicles.

Prices may have been inflated with Velodyne facing little in the way of competition for high-end automotive-grade LiDAR systems, and the imminent arrival of a $250 unit from Quanergy should drastically shake up the market. Suddenly, affordable ride-sharing driverless fleets for public use looks to be a far more realistic possibility.

'Production Lines Have Been Built'

"The new S3 solid state LiDAR meets all the  and we are already ramping up to mass produce them," Quanergy told Driverless in an exclusive interview. "Production lines have been built."

With volume production in the region of 100,000 units, the cost is expected to be $250 or less per sensor. For that, the customer will receive a solid-state LiDAR contained in a 9 x 6 x 6 centimeter housing that can detect objects as far as 150 meters away (at 80% reflectivity), and as close as 10 centimeters. The 120-degree field of view in both horizontal and vertical planes implies that multiple S3 units would be needed around the vehicle to provide the necessary sensor coverage for the safest possible driving. And if you're worried about the sensors being vulnerable to hacking, they've engineered the sensor with seven layers of protection to make sure the system can't be tricked.

Importantly, because the S3 is a solid-state LiDAR, it isn't vulnerable to facing into the sun as other types of LiDAR are. Quanergy explained that they have done testing, and unlike LiDAR that have physical mirrors that are always gathering light and therefore prone to being blinded, the solid-state optical phase array is like an electronic lens that is only turned on and gathering light waves precisely when it is needed.

Back in August of last year, Quanergy joined the exclusive "unicorn-club" with a 90-Million Funding, valuing the startup in excess of a billion dollars. This funding deal was done in June 2016, and that they don't currently foresee the need for any further funding rounds, although an IPO (an initial public offering, when a company raises funds by offering publicly traded shares) shouldn't be ruled out.

It is possible that the B funding round didn't make waves because the company promised much last year at CES 2016, but did not subsequently publicly demonstrate their solid-state technology in a way that satisfied the skeptics. This latest news appears to build a more solid foundation for the future, justifying the faith of the early Quanergy investors in what appears to be a game changing technology for affordable self-driving vehicles.

This is a very big deal for far more than just the automotive sector. LiDAR is used in many different sectors; Quanergy are expecting initial sales will likely go to mining, agriculture, and security companies. But mobility (in the form of driverless vehicles) is where the biggest growth will eventually be

Growth from all areas where automated systems can provide safety and efficiency benefits will likely lead to a multibillion dollar market. According to Quanergy, they expect the LiDAR market to exceed $1 billion by 2020 and $3 billion by 2022.

Even though the new vehicle cycle time for major automakers (the time to design, prototype, and manufacture new models) has been steadily falling over the last decade from around 5 years to closer to 3 years, Quanergy say they will not be surprised if it only takes another year before a major increase in demand for LiDAR from the automotive sector.

If we do see some fully automated vehicles commercially deployed on public roads in the next couple of years, then there's a reasonable chance that Quanergy's affordable LiDAR technology will have played an important role in making it possible.